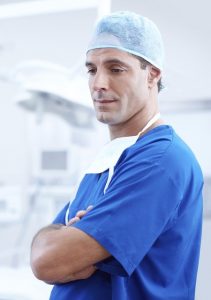 Root canals have a bad reputation. Just hearing the words make a lot of people uneasy, because they’re associated with pain. But at Dr. Steven W. Haywood in Timonium, we stress that root canals do the opposite: they don’t cause pain, they relieve it.

A root canal usually becomes necessary when a tooth is infected or badly damaged. Formally known as endodontic treatment, root canals involve cleaning the inside of the tooth by removing bacteria, soft tissue (called pulp), decayed nerve tissue, and any debris. When that’s finished, the tooth is sealed and a crown is placed over it.

Root canals are done on teeth that are very sick, and if they aren’t performed, the tooth will probably die. Even more ominous are the blood-borne infections that spread through the body because of the infected tooth.

The tip-off that something is going on with one of your teeth may be as ordinary as a toothache. But that ache is telling you something, so if you have a toothache don’t ignore it. Schedule an appointment with us right away. Remember, root canals are nothing to fear.

Dr. Steven W. Haywood
Dr. Steven W. Haywood is proud to offer outstanding dental services for patients in the Baltimore area, including dental implants and sedation dentistry! Call now to meet with him if you are in the Timonium, Pikesville, or Towson! https://www.flossem.com/
108 W Timonium Rd Ste 200
Timonium, MD 21093
Call: 410-453-9399410-453-9399 ulyana.flossem@gmail.com


Please leave us your review

NagiosCheckValue - Do not remove please